Late Gothic three-nave church with an elongated, polygonally terminated presbytery, Zápoľského chapel built in the south, a western emporium, on the western façade with pairs of prismatic towers and the main concession portal.

Originally a late Romanesque church with a floorplan in the shape of a regular Greek cross was built in the 20s of 13th century. It had a transept, westwerk (the ruling chapel on the west facade) and one north tower. The oldest Romanesque sacristy was added to the north wall of the church and has been preserved to this day. By the end of the century, the temple was struck by two disasters. In 1241 the church was probably plundered during the Tatar invasion of Hungary. In 1289 it was burned down by the personal guard of the Hungarian King Ladislav IV. Kuman. However, before the end of the 13th century, the church was repaired and supplemented by a second tower. In the 14th century it was extended by a pair of chapels connected to the main nave from the north and from the south by a sacristy, connected to the south place under the towers.

The magnificent late Gothic reconstruction of the church took place between the years 1462 and 1478. In the east was added a new presbytery. The chapels with the transept were rebuilt into the side naves with a star vault. The main nave was raised higher and given a cross vault. At the very end of the 15th century, the Zápoľský chapel with a rectangular, polygonally closed floorplan, a net rib vault, its own choir and sacristy was added to the southern lateral nave. In the 17th, 18th and 19th century, the cathedral was only remodeled in the Baroque and Neo-Gothic style. At that time, the current organ emporium, the northern sacristy and the vestibule in front of the northern portal were built.

The original provost church played an important role, especially as a center of spreading Christianity and the culture in this part of the Kingdom of Hungary. Together with the Spiš Castle and the town of Spišské Podhradie, which is situated in a valley between these two complexes, they formed a center and support of the power of the Hungarian kings of the Arpád family, especially in the 13th century. The church was most likely visited by such personalities of the court such as Koloman, king of Galicia (1208 – 1241), the younger brother of Hungarian king Belo IV., Queen-mother Elisabeth the Cuman (+1209), her son, Hungarian king Ladislaus IV. the Cuman (1262 – 1290), or Hungarian kings Andrew II. (1177 – 1235), Stephen V. (1239 – 1272), Andrew III. (1265 – 1301), and Karol Robert from Anjou (1288 – 1342). After the extinction of the royal Arpád family and the transfer of the political interest of the Hungarian kings to other parts of the country, the importance of Spiš – and of course the Spiš Chapter and the local central church – also diminished. The stagnation was accelerated by the change of the status of Spiš Castle and the Cathedral of St. Martin in the middle of the 15th century. In 1465, the original royal castle became the aristocratic seat of the hereditary counties of the Spiš County from the magnates of the Zápoľsky family. In connection with this, the patrons of the Church of St. Martin, who were still Hungarian kings, became the hereditary counties of Spiš. Even the construction of a representative funeral chapel of the Zápoľsky family did not change anything about the gradual decline of the importance of the church on a mountainous scale.

The importance of the curch has risen again in 1776, when Empress Maria Theresa and Pope Pius VI. established the Spiš diocese with its seat in the Spiš Chapter. The Provost Church then became the Cathedral of St. Martin, which continues to this day.

The Cathedral of St. Martin in Spiš Chapter is a national cultural monument, registered in the General List of Monuments under no. ÚZPF 782/1. 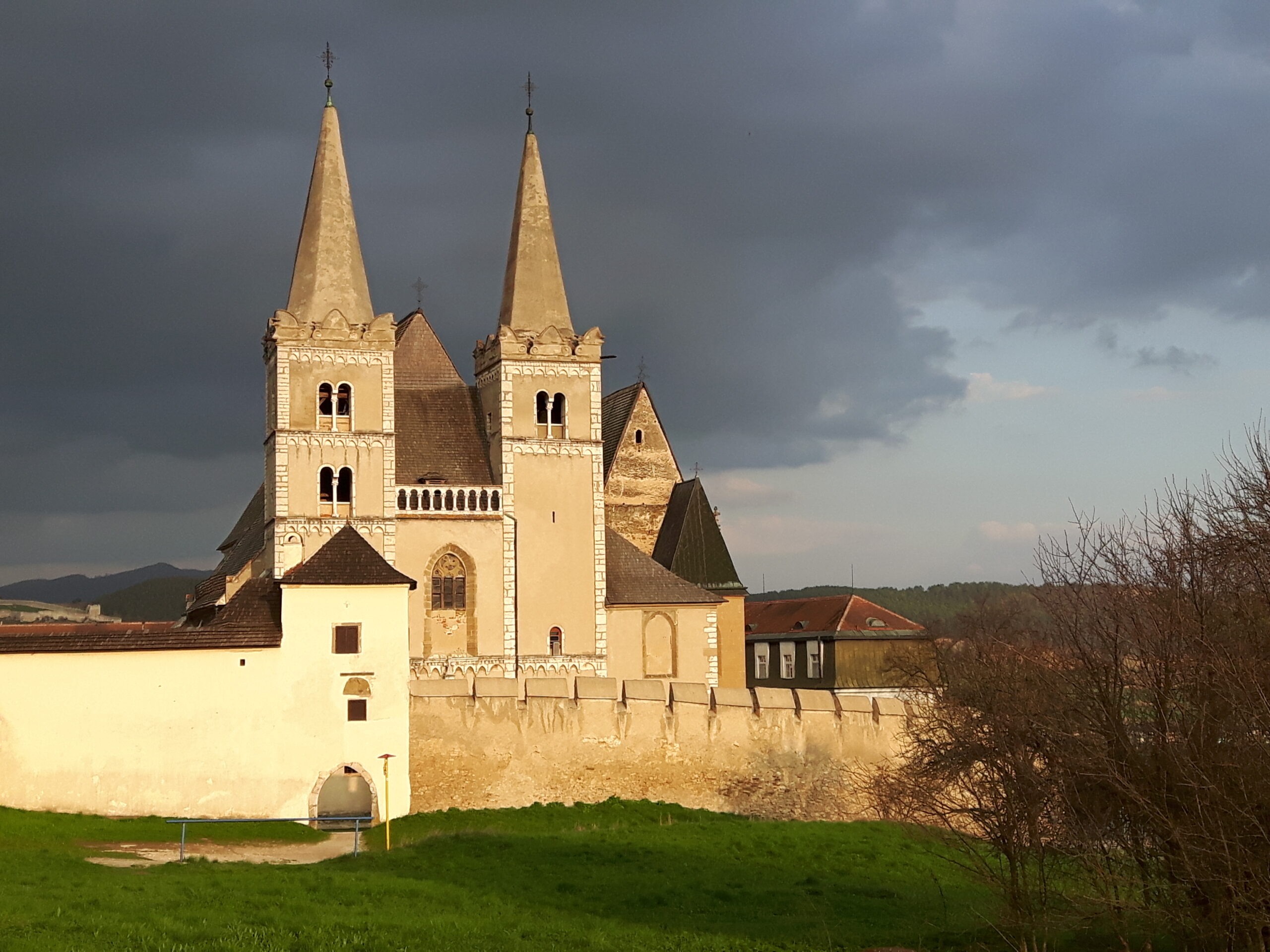